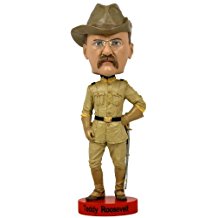 Team Teddy, kaptained by the always acerbic Howard “Stogie” Wollner, ran rough shod over the field with a lightening charge in Stage 2 and Stage 3 to score 504 points and win the whole shooting match.

But with the five Stage 3 Short Game Skills-Normandy Beach, Dumbo’s Rump, Phil’s Pholly, Born To Run, and Lag Time-still to go it was not “over until it was over”.  The heroics in this stage came from Ronnie “I know my way around Green” Greenbaum and Arnie “It Is Not All About The Drivin'” Aronoff  who both won 4 out of 5 skills in their respective groups as Team Teddy scored 202 points as a team to consolidate their lead and take home the $50-a-man Team Sweeps.

A side note on the Short Game Challenge, there were three hole-outs worth 50 bonus Keepers Kup Points to each man by Steve “MVP” Lustig, Joe “Rump Management” Baldinger, and Moe “New Grooves” Dweck.

Team MVP’s for each squad scored 200 Keepers Kup Points as well as the swell Bobbling Head Trophy of their President.   Keepers Kup Points were awarded to the top three individual performers on each team so there were plenty of points to go around.

The Players Pool Kash Game raised $370 for our Military Charity Donation at years end and awarded Kash Prizes to the top six individual point winners across the field.

Thanks to Konnor and his staff crew for putting on a great show for us in Keepers X Kolor War 2017.