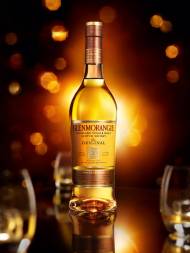 The Pinehurst Glenmorangie introduced a new two-man format to the Keepers schedule which blended a bit of Scramble and a hint of Alternate Shot into an original dynamic single malt product.  Picking their own partners, not always the way in Keepers events, the guys had to hit their drives, swap balls for the second shot, and then pick the best result to play the rest of the way into the hole alternate shot.

This presented a distinctly different gestalt then the Alternate Shot we have played in the past and the formula for winning proved different as well.  The Par 3’s were the pivot point because if you could put two tee balls on the green then you had two putts for birdies under the scramble portion of the hole.  The par 5’s on the other hand became survival holes when any hiccup in the approach shots could mean a bogie and a squandered sub-par net opportunity on a likely stroke hole.

Kaptin Keith Eig and Billy “I like the first cut” Burak made 8 pars and 3 birdies on their way to posting a 75 net 68 early in the returns.  In was an unusual turn of events as Kaptain Keith deferred to the circumstantial adept putting of Billy B at a number of key junctures along the way.  Two-over gross on the three par fives might have been a serious chink in their armor.

The team of Marc “The Bronx Bantam” Fink and Arnie “20/20” Miller also turned in a marvelous round of net 68 with 9 gross pars of their own.  Once again three over on the five pars gained them no ground on the net score.

But it really didn’t matter as these two teams were playing second fiddle together to what came next.

Making a Two-Man Reunion Tour ,Marc “You cannot outwork me” Birnbaum and Herbie “The ageless wonder” Kushner brought the band back together to put on an encore performance to remember.  With complementary driving and approach play they shot a gross 75 and net 62 to vanquish the competition.  9 gross pars and 3 birdies including a one-under performance across the critical Par 3s proved unbeatable.

The teams of Howard “ATM” Wollner and Tom “Sizzlin” Burne and Alan “Terp Station” Schwartz and Neal “I am there for you buddy” Freed shot net 69 and 70 to finish 4th and 5th respectively.  Until about 10:45 last night Alan was not leavin’ the station because his partner Mike Selis suddenly went on the IR, but Neal was the late addition and it proved to be a sound and fruitful development.

The Prizes (per man):