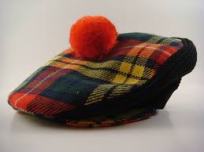 The Keepers Kahootz-Alternate Shot Match Play Series is one of our feature events of the year.  It is a chance to step out of your comfort zone and prove your mettle in the game the Scots call Foursomes playing true alternate shot with a partner of your selection.

This folkloric kompetition is played over three weekday evenings over two months where you and a partner of your choice will play 18-hole Alternate Shot matches against other teams playing in the Series.  This is a year-long competition but it is not single elimination so teams are guaranteed of at least three match opportunities over the Series.

Each evening starts at 5:00 in a shotgun start so we can get the 18-hole matches in before the sunlight is gone.  Your team will get 80% of the average of your two handicaps on the course each night-Blue Tees on the South and Gold Tees on the North (Blue/Green Option for those who qualify).

This is true alternate shot-one guy drives on the odd holes, the partner on the even holes playing alternate shot all the way into the cup.  It plays very fast as long as you don’t feel the obligation of apologizing to your partner each time you put him in a bad spot.

The scheduled three match nights are May 14th, May 29th, and June 11th.

You do not have to play all three nights to participate in this Series.

The 18-hole matches will be played for 1 point a hole-a total of 18 standings points available per team. For the purpose of the Series Standings we will only count the two best of three possible Two-Ball standing points performances for each team. This mitigates the effect on the standings if a team misses one Series event.

We will poll the teams the week before each scheduled Series Night to determine who is coming and set the matches accordingly.   Keepers Points Payouts are garnered for the winner of each Alt-Shot Series match (50 Keepers points per man for a win and 25 per man for a tie).

The Final Series Standings will be based on your teams best two match performances after the three Alt-Shot Series matches-so you only need to play in two matches to have a chance to advance.

Aside from Keepers Points for each series match win or tie, Keepers Kash Sweeps and additional Keepers Points will be paid out to each team in the Final Fore based on their finish after the championship dust settles.  These ethereal trophies go to the winning team as well.

Click Keepers Gavel Below To See Who Is Registered For the Keepers Kahootz:

This entry was posted in Events.